Talk to a matchmaker.

Despite its large cargo area, the Riese & Muller Packster 80 Touring is only slightly longer than a conventional bike. And that has a threefold impact: It is easily stored, weighs less than 30 kg / 66 lb and is surprisingly agile. It features Bosch Performance Line CX, Bosch PowerPack 500Wh, Purion Display, and Shimano Deore, 10-speed.

Motor: The Riese & Muller Packster 80 Touring comes with Bosch Performance CX. The Bosch Motor riding sensation creates a unique electric Bike experience. It features three sensors, it measures pedalling power, cadence, and speed more than 1000 times per second. This enables the rider and the electric bike to interact with each other organically.

Warranty: Two years after pick-up when you purchase a bike. Furthermore, Riese & Muller grants you a voluntary warranty on the battery of two years: We guarantee that the battery will still have a capacity of 60% after two years or 500 full charge cycles (whichever happens first).

Accessories: Our team has a lot of experience outfitting bikes with additional accessories, so be sure to reach out to us if there’s anything you may need.

It transforms the pedelec into a fully networked eBike and part of digital life: Thanks to the smartphone and the COBI.Bike app, the SmartphoneHub can become an intelligent control centre that navigates, records activities and connects them to other services and apps. The eBike can also be started and controlled without a smartphone, because the display integrated within the SmartphoneHub shows you the most important riding data. That way you will remain flexible at all times – no matter where the route takes them. 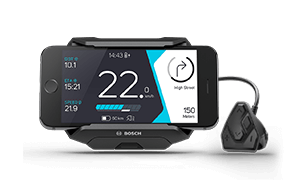 Dependable assistance on the bike is the key to new destinations, extended tours and relaxed mountain rides. That's why we only use state-of-the-art Bosch lithium-ion batteries with a capacity of 500 Wh.

For only $1,059, The DualBattery option with a total of 1,000 Wh of power offers maximum range and comfort for those wanting to reach distant destinations or recharge even less frequently. Which is a massive plus for commuters and on long tour.

One carrier, practically endless possibilities: the MIK system from Basil is based on a solid and stable adapter plate to which countless types of panniers, baskets and bicycle accessories (even a dog basket!) can be clicked quickly, safely and stably. An ever increasing number of fashionable and practical luggage equipment ensures every requirement is met. This carrier is optional for all models, standard equipment with all HS models 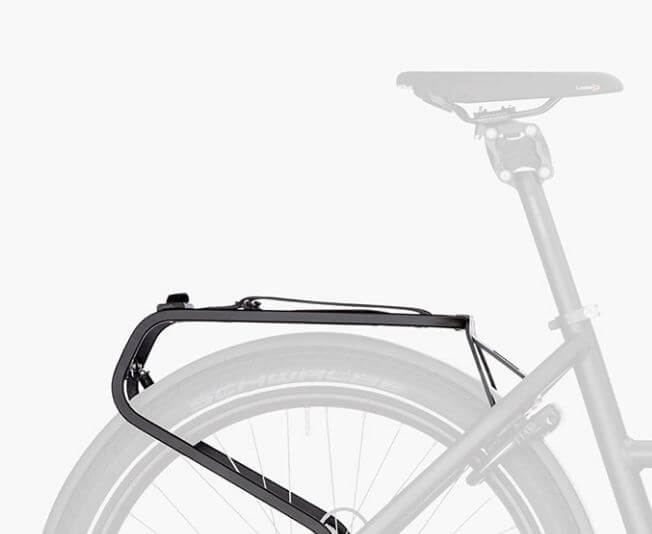 The solid Abus chain lock, as well as the Abus Shield frame lock, secures your E-Bike twice over. The 130 cm long chain is latched onto the frame lock and the bike can be quickly attached to the nearest lamppost. The chain thickness of 6 mm ensures a high level of anti-theft protection. Especially practical: Frame lock, chain lock and battery lock all use the same key. 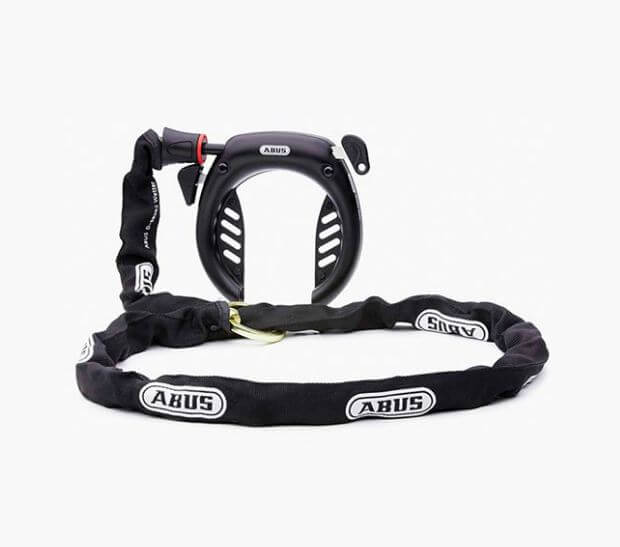 The perfect option for anyone wanting to ride in greater comfort: the classically curved handlebars, the longer stem and wider saddle enable you to sit comfortably in an upright position. This can be selected at no extra cost

** not for HS models 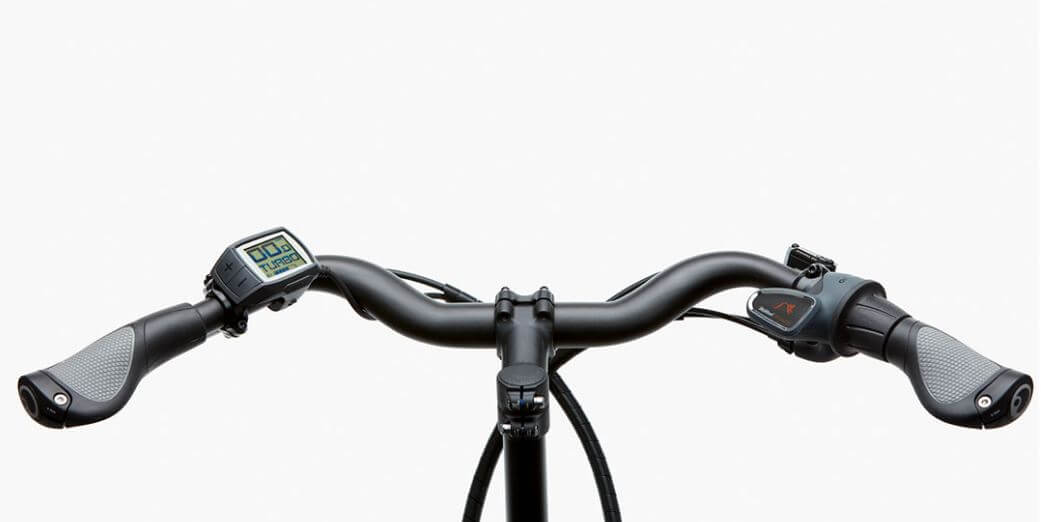 Riese & Muller uses a modern Just in Time inventory strategy. Every bike is built to order in their Germany factory.

We have worked with R&M and several logistics partners to offer our customers several ordering options.

There are regularly scheduled containers that leave Germany with freshly built bikes. Usually twice a month. This usually takes about 4-6 weeks for the freight to hit the shop.

There is an additional shipping option available for standard size ebikes where you can select air freight for an additional $300. This gets the bikes to the shop at a faster rate, usually about two weeks from leaving the factory.

If you’d like a bike shipped to your home it will have to go to our shop first for us to fully build and test the bike. Please select freight when checking out.

No worries! Talk to one of our matchmakers to be certain before you buy.